This site uses cookies to improve your experience. By viewing our content, you are accepting the use of cookies. To help us insure we adhere to various privacy regulations, please select your country/region of residence. If you do not select a country we will assume you are from the United States. View our privacy policy and terms of use.

ori parents peer advocacyThere is currently a movement within Oranga Tamariki to devolve power and resources to hap? and iwi, alongside and together with devolvement to local communities.

Reflections on Macro Advocacy and Professional Development for Social Workers

Advocacy work can seem daunting, but it does not have to be Clinical social workers and those in management positions hold unique and valuable perspectives and knowledge that can be harnessed to inform and influence elected officials. 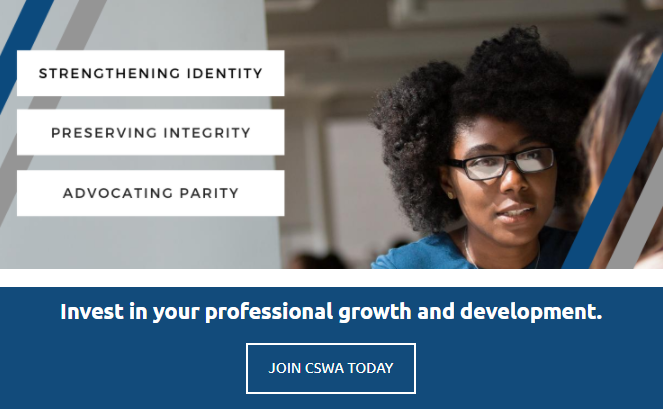 We’re pleased to announce these social work advocacy days for Spring 2021, all virtual, as we act to keep ourselves and our communities safe during COVID-19. Student Advocacy Day on the Hill (Virtual) Thursday, March 11, 2021. by Pat Shelly updated Mar. 8, 2021.

Demystifying the seats of power in Albany: Advocacy by social work students

Before COVID-19 captured all our attention in order to meet the challenges of the changes in our academic, professional and personal lives, the University at Buffalo School of Social Work (UBSSW) traveled to Albany on March 3, 2020 for the annual Legislative Education and Advocacy Day (LEAD).

Roseanna runs a blog about child migration in Europe, and is part of the Children’s Social Work Collective – a group of fellows who have set up and launched a new advocacy group for social work in the UK.

We’re pleased to announce these social work advocacy days for Spring 2021, all virtual, as we act to keep ourselves and our communities safe during COVID-19. Student Advocacy Day on the Hill (Virtual) Thursday, March 11, 2021. by Pat Shelly updated Mar. 8, 2021.

We Still Have a Ways to Go

There is no way to know what Dr. Martin Luther King’s assessment of our progress toward racial reconciliation and healing the nation would be. I imagine he would welcome our progress and remind us of the need to do more.

What Do You Know About Disability Cultural Competence?

Yesterday, the Supreme Court began hearing two cases concerning admissions criteria using affirmative action as one means of determining who gets coveted entry into Harvard University and the University of North Carolina.

California Invests in the Future of Young People

As economic inequality grows unabated in the United States, policymakers are reaching for solutions to ensure the future of children born into low-income households. This is a quest that Brown School professor Michael Sherraden has been at for decades with notable success in the US and abroad.

We wish to thank NASW leadership and members for their continued advocacy that contributed to these important developments to advance access to care and to strengthen the social work workforce. Progress on Advancing the Improving Access to Mental Health Act (H.R 2035/ S.

He says he plans to move the commission towards being more involved legislatively by partnering with Michigan Community Action , an advocacy association. Former Congressman Ed Towns hosted a virtual session on Mapping Your Path to Congress during the 2022 Student Advocacy Day in March.

Racism, vicarious racism and mental health: how can we support those affected?

The King of Football, Edson Arantes do Nascimento, known to the world as Pelé, was among the notables who passed away in 2022 , a list that includes Pope Benedict XVI, Queen Elizabeth II, Sidney Poitier, Bill Russell, Barbara Walters, and many more familiar names as the early television generation begin exiting the planet.

Reproductive Justice: A call-to-action for Social Work in the Post-Roe World

Stephen Pimpare talks with us about what lessons we can take away from our daily practice and calls us to action in advocacy for social change that improves the well-being of the people and places we serve. Advocacy / Public Policy Macro Social Work and Community Issues Politics social chang

Advocacy Featured Articles letter LGBTQIA+ message Social Workers support youthGetty Images. We write this letter to LGBTQIA2S+ kids and youth to express deep gratitude that you exist, because our world would be incomplete without you.

Representatives from numerous child welfare agencies and advocacy groups attended including Cortez Carey, executive director of the CCFY, and Gerry Glenn and Sarah Nemes from Florida-based Embrace Families , all who were responsible for organizing the event.

Those who favor the Democratic Party’s policies can breathe a sigh of relief that the red wave never materialized. I had my doubts.

The Day of Reckoning Has Arrived

It seems like it took forever for this day to arrive, but today is Election Day, and we will learn much about our country. We’re going to see who goes to the polls. We will know how crucial reproductive freedom is to women and to which groups of women.

Social Workers to the Rescue at the Border

The Administration for Children and Families (ACF) issued an emergency call for social workers and other volunteers to assist at the border in meeting the needs of hundreds of migrant children. There were nearly 19,000 children among the 172,000 people apprehended by U.S.

Making the World a Better Place

Unlike Ayn Rand who believed the world would end when she died , many of us—particularly those who devote our lives to social work—would like to live our lives knowing we are contributing something that will leave the world in a bit better shape that it was when we arrived.

Back on the Hill for Dinner with Karen Bass

We cancelled Student Advocacy Day scheduled for the next day as the House and Senate would go into hiatus until the Covid-19 pandemic abated. I was back on Capitol Hill Tuesday, April 5, for the first time in two years.

The phrase, by any means necessary , has a familiar ring to those of us old enough to remember the days of the struggle for civil rights for African Americans in the 1960s. Malcolm X used the phrase in a speech announcing the formation of his organization—the Organization of African American Unity.

Join 19,000+ Insiders by signing up for our newsletter

BE IN THE KNOW ON

Expert insights. Personalized for you.

We organize all of the trending information in your field so you don't have to.
Join 19,000+ users and stay up to date on the latest articles your peers are reading.

Get the good stuff

You know about us, now we want to get to know you!

We've sent an email to . Please verify that you have received the email.

We have resent the email to

Let's get even more personalized

Are you sure you want to cancel your subscriptions?

Get the good stuff

You know about us, now we want to get to know you!

Let's get even more personalized